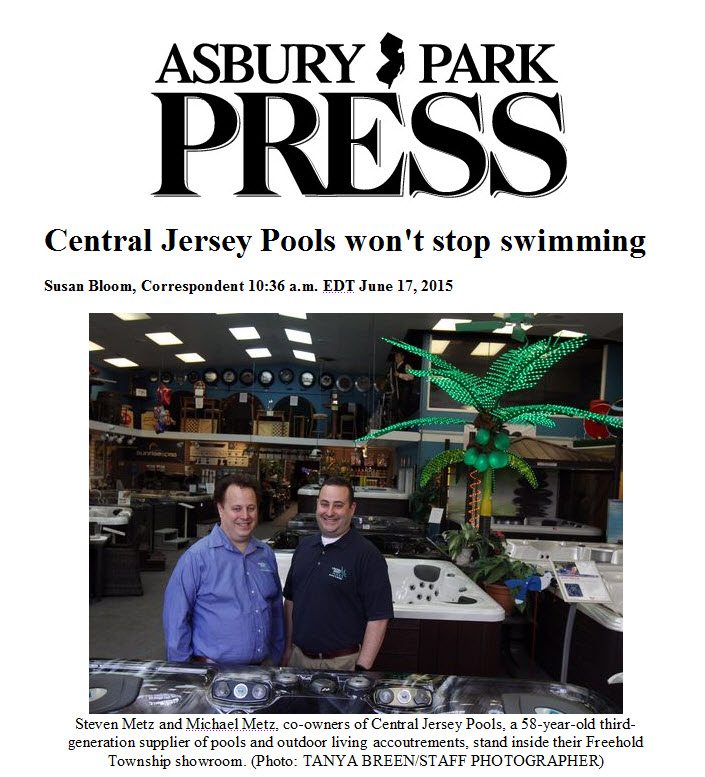 Central Jersey Pools won’t stop swimming
Susan Bloom, Correspondent 10:36 a.m. EDT June 17, 2015
Steven Metz and Michael Metz, co-owners of Central Jersey Pools, a 58-year-old third-generation supplier of pools and outdoor living accoutrements, stand inside their Freehold Township showroom. (Photo: TANYA BREEN/STAFF PHOTOGRAPHER)
FREEHOLD TOWNSHIP – First opened in 1957, Central Jersey Pools‘ distinction as one of the oldest pool stores in the area is one claim to fame that certainly holds water.
Founded during the nation’s postwar industrialization and housing boom, “Central Jersey Pools was started by my grandfather, David Metz,” said Steven Metz, who is president and co-owns the business with his younger brother, Michael.
“At the time, our grandfather had a block business and people were constantly asking him to build pools; he was resourceful and got into the pool business as a natural extension of what he was doing,” Metz said. “Our father, Martin, took over the business in the 1970s and relocated it to a different site in Freehold, and then Michael and I took it over in 2000.”
According to Metz, he and his brother were excited to carry on the third generation of the family livelihood. “I feel lucky to have grown up in this business and was always helping out, testing pool water, ringing up registers and selling pools and hot tubs all through school and college,” he said.
And like their grandfather did when he first set up shop nearly six decades ago, both father and sons have strategically expanded to offer a variety of other products as demand has changed. “Nationwide, New Jersey has been one of the strongest and most saturated areas for pool ownership, but home renovations and additions have become a bigger market than pool construction was in the 1970s,” Metz explained. “As a result, we now sell everything from above and in-ground pools, hot tubs, pool toys and components to outdoor furniture, accessories, and outdoor kitchens. We basically sell everything for the backyard.” 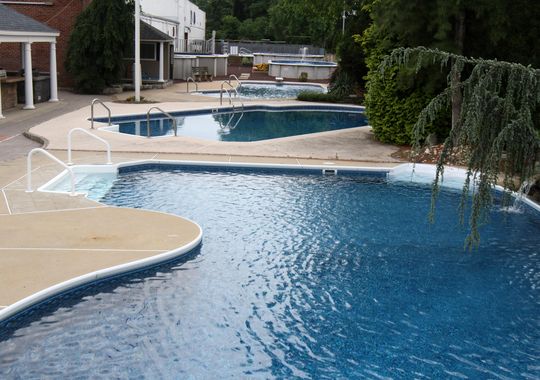 A variety of pools are on display at Central Jersey Pools in Freehold Township.(Photo: TANYA BREEN/STAFF PHOTOGRAPHER)
Wide range of pools
At their 25,000-square-foot store on Route 9, where pools can range from $3,000 for a modest above-ground unit to $35,000 for a lavish in-ground model, “we service the outdoor living market,” Metz said, which includes everything from pool automation systems to electronic spa and gazebo covers.
“Outdoor kitchens featuring a grill, refrigerator, bar area, and side and warming drawers have really taken off as people have expanded their living space outside their homes, and large 8-10-piece outdoor furniture sets that look like indoor furniture have become an extremely popular way for people to gather and entertain,” Metz said.
In the pool and hot tub arena, “Exercise pools are big sellers because they enable customers to swim against the jets all year-round for activity or rehab, while hot tubs are increasingly being used to promote the beneficial health effects of warm water and hydro therapy, so they’ve become very popular as well,” Metz said.
And though they were once simple structures with basic accessories, Metz said the traditional pool industry has also benefited from technological advances. “From robots that clean pools to underwater vacuums and highly energy-efficient pool pumps, the choices, options and availability of products has grown exponentially,” he said.
With a loyal and longtime staff of full and part-timers that swells to 50 in the summer, “Our team is extremely knowledgeable and well-trained and we can customize a pool to anyone’s needs,” Metz said. “We work hard to do what’s right and satisfy our customers every time.” 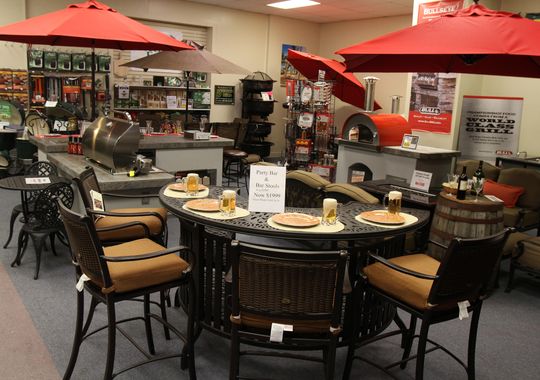 A variety of outdoor table sets, grills and ovens on display at Central Jersey Pools in Freehold Township. (Photo: TANYA BREEN/STAFF PHOTOGRAPHER)
Working with customers
Among those satisfied customers is Rich Pezzullo, an IT professional and Freehold Township resident who began shopping at Central Jersey Pools in 1993, when a pool hose at the home he’d just moved into sprang a leak and he decided to fix it himself.
“They had hard-to-find parts there and knew exactly what I needed, and they even called me afterwards to make sure everything was OK,” recalled Pezzullo, who said he’s continued to rely on the store to open and close his pool, vacuum and monitor its water chemistry, and maintain its filter and heater annually. “Steven and Michael are always available in the store to talk to. There’s no substitute for their experience and the way they care about getting the job done right. They’re a family business in the best sense of the word. Their family has taken care of mine for over 20 years.”
While other local pool and outdoor stores and even online outlets serve as competitors, Metz is confident about the value his family-oriented store brings to the central New Jersey area.
“Anyone who grows up with a pool knows that special times are celebrated around pools and that those are the go-to houses where memories are made,” he said. “We couldn’t ask for nicer or better role models than my grandfather or my dad, who’s so honest, kind, patient and compassionate, and our whole family still gets together every week because we genuinely like each other.
“We truly appreciate our customers,” he concluded, “and it’s very rewarding to be a part of creating special memories for them and their families.” 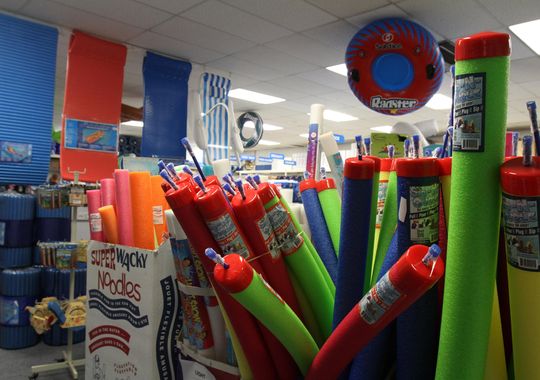 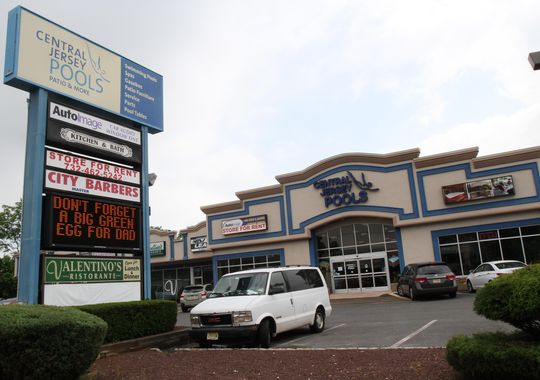